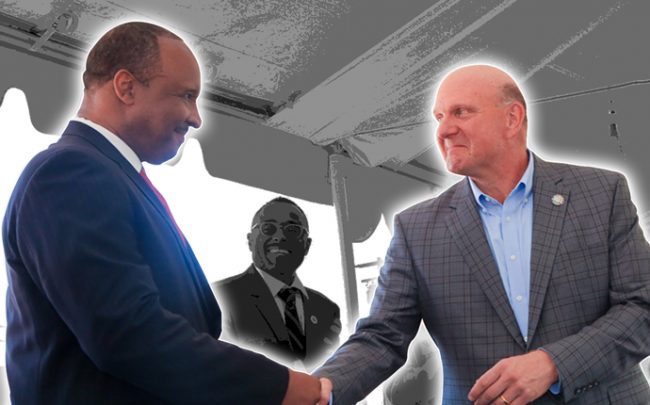 What I witnessed this past Tuesday at the Inglewood City Council was clearly an end of transparency , ushered in by a Mayor who has clearly adopted a fantasy over truth disposition over the wants and needs of the residents he has been elected to serve.
I don’t know how you can reconcile it but something is truly amiss about this Mayor and Council and what is more disturbing it seems like this aura of corruption and complicity has permeated the halls of Inglewood City Hall, where self enrichment and ambition has superceded the mission of serving the residents.
When I watched the meeting this past week I noticed a production that was strategically designed to squelch public decent,  a development shoved down the throats of Inglewood residents as we sit in bewilderment, waiting for this council to hear our pain and suffering from the ongoing, crippling pain suffered by the Covid-19 outbreak.
I say all that to say this, is the Clippers Arena is what Inglewood residents need now?
Well I guess in theory , you can debate the community benefits of a ” New ” arena but Steve Ballmer’s and the Clippers so called “commitment” is very thin on details and seem only to placate those whom may raise “opposition” to this project.
In closing 2urbangirls if we’re being transparent, this deal in it’s entirety deserves more public scrutiny , as Clipper Owner , Steve Ballmer ” Commitment ” to Inglewood,  pales in comparison in the overall return he will recieve on his return on his investment.
In closing,  as the old folks say the devil’s are always in the details and this deal on paper and it appears this Mayor and Council just sold the City of Inglewood to Steve Ballmer at a wholesale discount.

1 thought on “Letter to the Editor: End of transparency in the city of Inglewood”