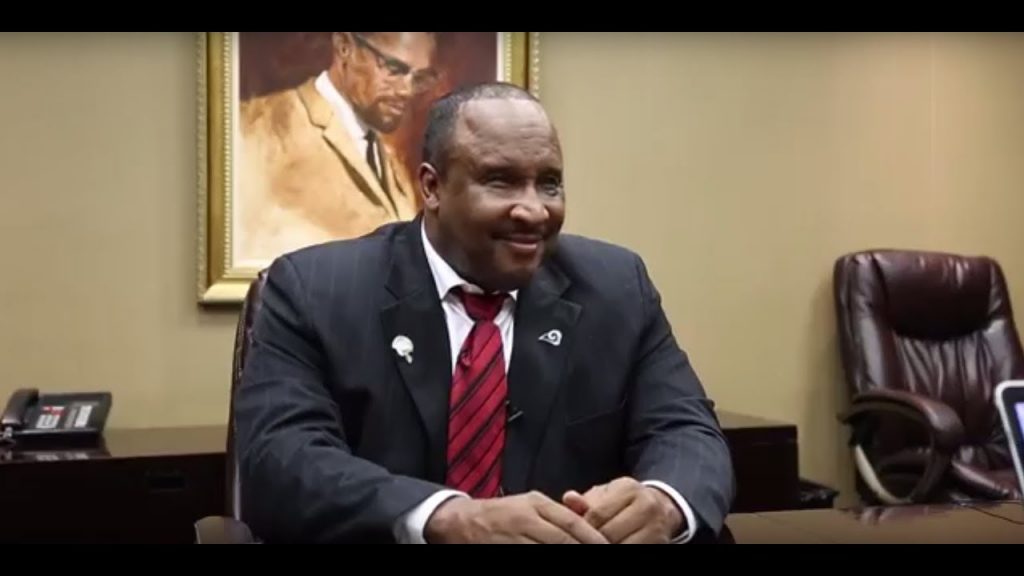 Inglewood Mayor James T. Butts Jr. was elected by residents in 2011 on a platform of reforming the city’s finances.  Butts inherited hundreds of millions of dollars in unfunded pension liabilities, $14 million owed in sick and vacation time to city employees and according to Butts the city only had $11 million in the reserves.  The city is required to have these debts covered by the reserves.

Butts’ closest confidant, Melanie McDade-Dickens, served as his campaign manager and later his executive assistant.  McDade became a central figure in a lawsuit Madison Square Garden filed against the city.  After changing parts of her testimony, in a deposition, she was fired from her job, with the city saying she abused her power.  McDade filed a claim against the city for wrongful termination, which eerily mimics complaints alleged by former Budget and Finance Manager Barbara Ohno and Treasurer Wanda Brown.

The city provided this response when they denied McDade’s claim.

“Ms. McDade was found to have abused her authority and attempted to pressure her subordinates to participate in her attempt to manipulate financial documents and falsify City records,” states the letter signed by City Clerk Yvonne Horton. “The investigation also revealed that Ms. McDade hatched a scheme to misappropriate city funds, counseled an individual to falsify City payroll records and violated city contracting rules.”

Ohno’s lawsuit details one incident in particular where she was pressured to manipulate financial documents and city records, allegedly at the behest of Mayor Butts.

In November 2014, the city signed a settlement agreement with the CA Department of Finance (DOF) requiring the city to repay approximately $25 million for unauthorized loans and transactions spent by the city with federal housing redevelopment monies.  The settlement agreement required the city to provide the DOF with the city’s redevelopment books, available for the repayment, located in one bank account and that the settlement was properly recorded.  Redevelopment monies were scattered in other accounts in the city’s books.  [Assistant Finance Director] Sharon Koike and [CFO/Assistant City Manager] David Esparza had made false statements to the DOF to the effects the money was set aside, were properly accounted for, and available to repay DOF as of September 12, 2012.

Because the city was $1.7 million short of the $25 million it reached into Community Block Development Grant (CDBG) funds to pay the shortage which was improper.

In March 2015 Esparza and Koike instructed Ohno to instruct her staff to “back-date” certain transactions to make it appear that the prior statements of Esparza and Koike were true.  The “back-dating” involved three wire transfers sent on December 18, 2014 for (1) $13,302,590 to the LA County Auditor, (2) for $11,277,664 to the the LA County Auditor, and (3) $645,410 to the city’s Successor Agency for repayment of unauthorized use of money.  Esparza and Koike instructed Ohno to back-date the 2014 transactions back to October 1, 2013.  Ohno continuously sought documents to support the transactions but was rebuffed and continually harassed for inquiring into the situation.

Ultimately Ohno was instructed by Esparza and Koike to stop asking for supporting documentation and was instructed by Koike to “back date” the transactions which she resisted until she was threatened with the loss of her job for failure to comply.

The December 2014 wire transfers took place out of the public eye as the transactions occurred on the last day the city was open to the public before the annual two-week holiday closure.  While Ohno was seeking supporting documentation of the transfers, the city enlisted the aid of Treasurer Wanda Brown, who also insisted on documentation to substantiate the transfer, which she detailed in her October 8, 2020, treasurer’s report.

In McDade’s claim, her attorney Carl Douglas alleges the mayor spearheaded the “false allegations against her and accused her of doing things he and other City employees had been doing for years without anyone batting an eye.” The city “ratified and condoned” Butts’ sexual harassment, abuse, retaliation and defamation by firing her and then defending the mayor, he wrote.

“As I continue my investigation into the administration, I am learning disturbing information nearly every day about the corruption and the nepotism and the way in which mayor’s administration has wrecked havoc over that entire building, impacting the good people of Inglewood,” Douglas said. “When all of the facts of this, and other instances, come out, a change in leadership will become apparent.”

Barbara Ohno, Wanda Brown and Melanie McDade are all saying the same thing that basically Mayor Butts has manipulated the city’s finance, by demanding that his subordinates, who reap thousands of dollars in questionable bonuses, lie to local, state and federal authorities, under the threat of loosing their jobs, of which many of them have.

If you are keeping count, Butts is in collusion with City Manager Artie Fields, City Attorney Ken Campos, outside attorney Royce K. Jones, Finance staff David Esparza and Sharon Koike and the auditing firm of Mayer Hoffman McCann, who are all willing to break the law at his direction.

Can we now safely conclude the mayor is running a criminal enterprise?