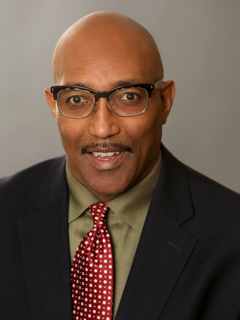 Attorney Royce K. Jones and several members of his family, benefit from their personal relationship with Inglewood Mayor James T. Butts Jr.  Jones’ sister Sheila Jones is paid a six figure salary, by Inglewood taxpayers, as “ITC Manager” and her daughter is the mayor’s goddaughter and occasional part-time employee in the city’s administration office.  Jones occupies office space on the 9th floor of City Hall, without an executed lease agreement, and in return, helps the city’s former redevelopment/successor agency deceive state departments, as alleged by former Budget and Accounting Manager Barbara Ohno.

Koike reported to the CA Department of Finance (DOF) that the properties were deeded to the RA which she knew to be untrue.  Royce Jones, a close personal friend to Mayor Butts argued that since the redevelopment agencies were going to be abolished in the future, there was no need to properly record the title to the properties because they would eventually revert back to the city.  Esparza and Koike agreed with Jones and agreed to conceal the problem from the DOF.

The city used redevelopment money ad failed to disclose contamination with one of the properties listed int he city’s long range property management plan filed with the DOF.  One such property is located at Glasgow and Olive, which was initially scheduled to be sold to a car dealership (KP Auto LLP).  In May 2015 Cruz disclosed the lot had groundwater contamination that breached the water table.  Jones intervened and argued the contamination should not be disclosed to the DOF or the buyer, Michael and Louise Koper.  Jones further argued that this should not be disclosed in the audited financial statements.  Audit firm Mayer Hoffman McCann partner, Ken Al-Iman omitted the ground contamination for the city’s audited financial statements.

On July 17, 2018, the city of Inglewood entered into an amended and restated Development and Disposition Agreement due to certain delays related to KP Auto Center’s development of the land at Glasgow and Olive.  The city also provided KP Auto a $1.3 million reimbursement payment from the city’s general fund.

Another high profile development reported significant “delays” after finding the property they were building on was contaminated.

Jones’ signature is on documents notarized by Tunisia Johnson on other land transfers of property formerly owned by the Inglewood Redevelopment Agency.

Jones is no stranger to flouting the law to benefit Mayor Butts, and certain developers seeking to keep the public in the dark about potential projects coming into the city.

Public records requests detail how Jones intentionally withheld information from the public to assist NBA owner Steve Ballmer, get his Clippers arena project on a special council agenda, by deleting vital information.  Special meetings require the city to disclose the agenda to the public within 24 hours, vs 72 hours for regular meetings.

Royce Jones, an attorney representing the city, told legal counsel for Murphy’s Bowl, the project’s developer, to delete references to the basketball arena from a resolution to avoid “unwarranted attention,” according to emails included with the complaint filed on behalf of the citizens group Inglewood Residents Against Takings and Evictions, or IRATE.

“This man [Butts] has consistently and repeatedly done things that have been corrupt and yet somehow these major developers of sports teams continue to do business with him,” said D’Artagnan Scorza, president of the Inglewood Unified School District, “because ultimately it gets them what they want, right?”

1 thought on “Eye on Mayor Butts: Inglewood attorney turns a blind eye to the law”