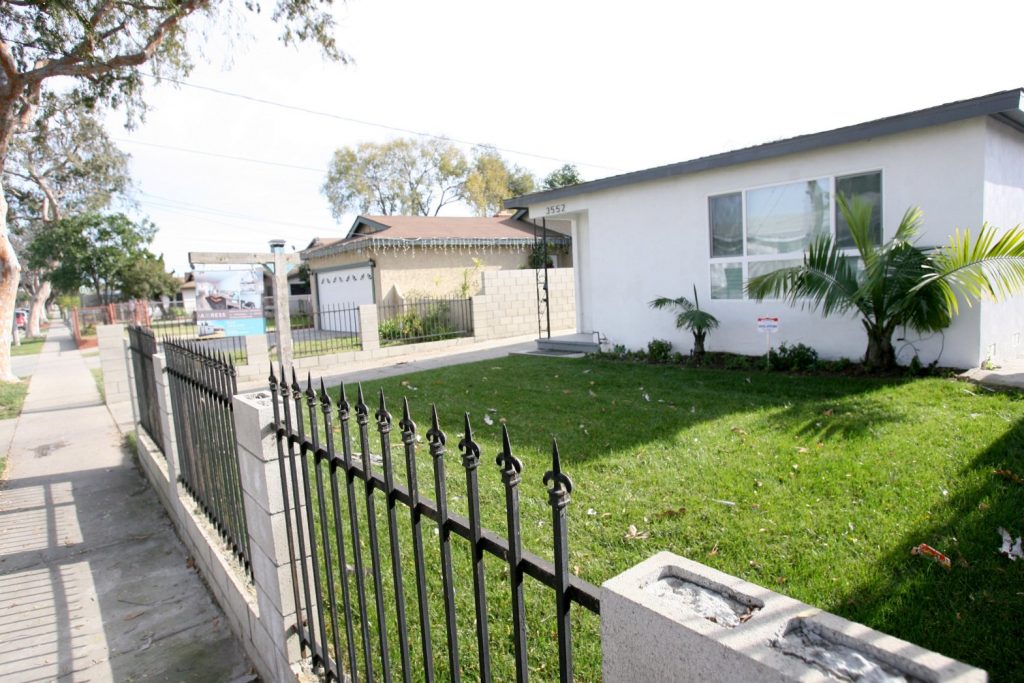 The City of Inglewood will pay $350,000 toward the purchase of a home at 3552 West 111th Street through its Homebuyer Assistance Program. The recipient is a city employee. (Photo by Ana P. Garcia, Contributing Photographer)

Inglewood treasurer Wanda Brown returned from the annual 2019 holiday closure upset about articles detailing how a city employee won the #1 position in the city’s housing lottery held that summer.  2UrbanGirls initially wrote about the employee receiving the first position, in July 2019, and the Daily Breeze followed up on the story in December.

In November 2019 HUD Manager Roberto Chavez requested the city take $1.2 million from the city’s general fund to purchase two homes with the city being reimbursed once federal dollars were received.  One was for city employee Jazmine Covington and the other for Qiana Rendine who was in position #5.

Former Budget & Accounting Manager Barbara Ohno detailed in her lawsuit how the city allowed recipients, to utilize federal housing vouchers, towards mortgage payments.  They received the funding whether they qualified for the program or not.

For 10 years prior to 2015, the city used Department of Finance housing grant money to purchase a mixed residential/retail income property for investment purposes which were never used for affordable housing purposes. [I] told CFO David Esparza and Asst Finance Director Sharon Koike the property must be sold and funds remitted to the State of CA.  They refused and intentionally concealed this problem from the DOF.

Recipients of HUD Section 8 Housing Choice Voucher Grant Funds were supposed to be pre-qualified and selected from a waiting list, however, the city, at the direction of Mayor Butts, handpicked certain homeless citizens and tenants favored by Butts and former Housing Manager Maria (Angie) Pacheco.

The city extended loans to individuals who didn’t qualify for the CDBG home ownership loan, one being Tunisia Johnson, assistant to City Manager Artie Fields.

Pacheco and CFO David Esparza provided Section 8 vouchers to Cheryl Caldwell.  The vouchers were used to pay her first mortgage.  The city awarded her an interest free second mortgage to purchase a home.  She did not meet income qualifications yet was allowed to participate.  In late 2014/early 2015 sold her home getting a windfall in excess of $30,000 (the equity from her housing vouchers) of federal funds that was never refunded or repaid as it should have been.

[I] discovered there was a 25% default rate on those second mortgages and the city used redevelopment money in April-June 2015 to purchase those troubled properties before they were sold in foreclosure to conceal the defaults.  When [I] reported this to Esparza and Assistant Finance Director Sharon Koike they told me to “play along, be quiet and support Mayor Butts and his agenda regardless of Federal, State, or other governmental regulations”.

The city removed taxpayer dollars, from the general fund, to purchase a home at 3552 W. 111th Street for Jazmine Covington, who was allegedly displaced from city owned housing. Her mother, who is also a city employee, is responsible for preparing and presenting the city’s annual budgets.

The city removed taxpayer dollars from the general fund to purchase a home at 3500 W. Manchester Blvd. #354 from Frances Toliver on behalf of Rendine.  The city stepped in to purchase the home to save it from an improper foreclosure.  Property records detail Ms Toliver was in/out of foreclosure since 2012.  Documents provided in the city’s 11/14/2019 staff report showed that Toliver acted as the realtor for herself.

Related: Were Faulty Appraisals Used in these City of Inglewood Transactions

According to the Los Angeles County Assessor’s office, appraiser Edward Tuan deleted parcel number 4025-004-131 on 11/19/2019 and recorded a new parcel number, 4025-004-900 on 11/20/2019.  The assessor’s office confirmed the Inglewood Housing Authority is still listed as the owner, and the property was finally sold to Rendine, in April of this year, yet there is no published staff report detailing the transfer.

According to Ohno, the city hired an outside contractor, Nan McKay & Associates, to monitor the use of CDBG and redevelopment money but the contractor failed to properly review the qualifications of the recipients of the grant money which resulted in excessive loan defaults.  The city continues to do business with McKay & Associates for voucher training for the housing authority.