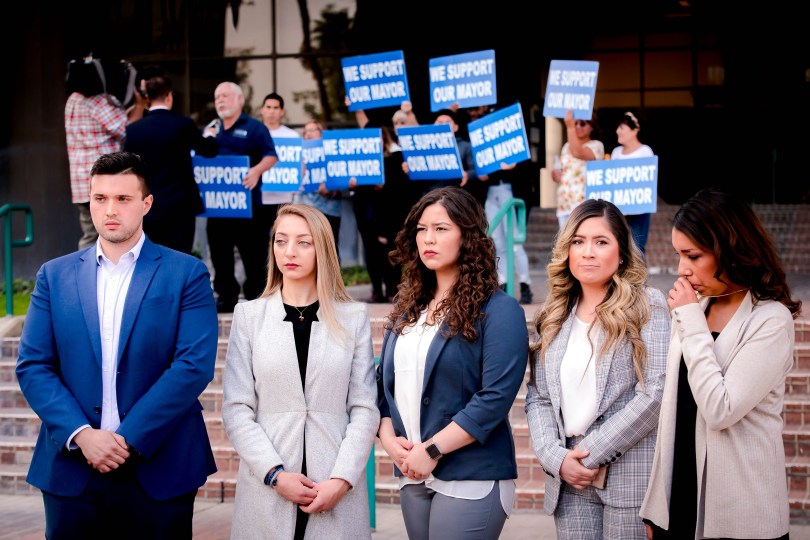 From left, Don Smith, Jackie Aboud, Karen Cervantes, Mirna Cisneros, and Alissa Payne have accused the San Bernardino Mayor John Valdivia of abusing his power, speak out during a press conference in front of the San Bernardino City Hall on Thursday, Feb. 27, 2020. (Photo by Watchara Phomicinda, The Press-Enterprise/SCNG)

Staffers with the city of San Bernardino came forward with allegations, of a sexual nature, against the city’s mayor John Valdivia, and the city responded by committing $68,000 to conduct an outside investigation of those claims.  Details have now emerged on the independent investigators findings where most of the claims were found to be unsubstantiated.

The investigation found that Mayor Valdivia made unsolicited and graphic sexual comments to a former city employee last year and repeatedly berated subordinates in private and public settings, an independent investigator has found. 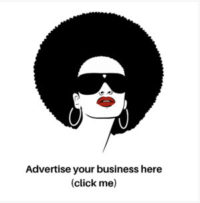 The city’s top elected official also told a former employee in January that he is “always receiving gifts and not reporting them,” according to Los Angeles attorney Carla Barboza, with whom the city contracted in February to investigate sexual harassment and hostile workplace claims against Valdivia.

Barboza interviewed 17 witnesses, none of which included the accusers or the mayor.

While the probe corroborated several accusations, Barboza did not verify the former employee’s claims that harassment was reported to city management, nor that some city officials told accusers they could not do anything “because Valdivia was an ‘elected official.’”

This pattern of not investigating sexual harassment claims, made by city staffers against elected officials, is also the case in the city of Inglewood.

The San Bernardino investigation also included allegations of the mayor’s failure to report gifts, and being vague when processing reimbursement requests related to the mayor’s expenditures.

Mayor Butts is alleged to have received gifts from the NFL, including helmets kept on display inside the executive conference room on the 9th floor of City Hall.  Butts’ annual economic interest forms do not detail this “gift” and he has stopped turning a full filing for the last three years.

During that time he has acquired and sold numerous properties, in the city of Inglewood, that are not being included on the forms, nor did Butts claim rental income received from his brother after he was hired by Inglewood’s trash hauler.