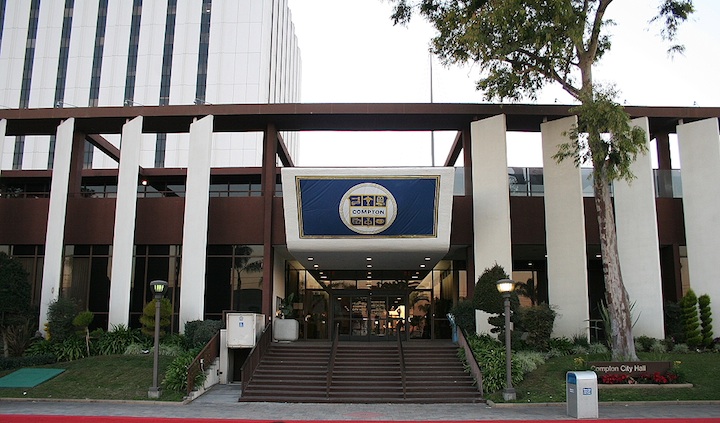 The city of Compton is facing a $9.8 million revenue shortfall this current fiscal year, which has led to lay-off’s of nearly four dozen staff members, and not enough funding to administer the upcoming 2021 elections.   Despite the financial constraints, the City Clerk, City Treasurer and City Attorney are all requesting raises, in the 2021-2022 fiscal year, under the guise of their alleged “increased duties” and failure to have their salaries increased since 2004.

The raises would take effect July 1, 2021, to be aligned with the salary prescribed by law for judges of the Superior Court of the State of California.  If this sounds familiar, this is the same salary Inglewood Mayor James T. Butts Jr. allegedly wants his salary aligned with.

City Clerk Alita Godwin has had her duties reduced due to her no longer being over running city elections.  She has failed to properly charge candidates, for participating in city elections, and allegations are growing that she isn’t refunding deposits for sign removal.  She is seeking to admonish candidates, with alleged outstanding debts to her office, to violate the rights of residents seeking office.  Godwin failed to budget for the 2021 elections, with the City Manager Craig Cornwell having to dip into the street repair fund, Measure P, to cover the shortfall.

The city clerk position is full-time, and despite her irregular work schedule, she is seeking her salary to be increased to $150,215 from $123,753.

City Treasurer Doug Sanders allowed nearly $4 million to walk out of City Hall, by his deputy treasurer, and is asking for $150,000 up from $115,753,  According to Sanders, all of the employee unions have received raises since 1993 and its basically his turn to get one.  The city treasurer position is NOT full-time.  When was the last time he actually participated in a city council meeting?

City Attorney Damon Brown has recommended his salary be increased after initially being appointed, presumably because of his affiliation with Cornwell.  They are fraternity brothers.  Brown continues to dodge allegations that he lives in the city of Pomona, and is refusing to enforce the city ordinance, pertaining to illegal marijuana dispensaries, which are currently a misdemeanor.  His listed duties as city attorney is to prosecute misdemeanors.  He is seeking his salary to be increased to $214,601 from $170,900.

Residents should be outraged that the city doesn’t have money to fix the streets, run elections and staff the parks but believes they will “find” money to give their colleagues a raise.

Cornwell should have immediately rejected their requests citing the anticipated revenue shortfall that will continue into the 2021-2022 fiscal year, as restrictions related to the COVID-19 global pandemic have been tightened, during the first six months of this current fiscal year.

What new revenue does Cornwell anticipate receiving to justify the increases?

When will taxpayers entertain the idea of appointing the positions of city clerk and city treasurer, with NO salary, and making the city attorney an actual city employee?