Inglewood Mayor James T. Butts Jr. has alerted the city’s residents to the city’s first homicide, of 2021, that occurred in the early morning of January 5 at Darby Park.  Butts appeared to be intentionally misleading the community by including photos of a homicide that took place in the city of Los Angeles, at the Inglewood border, to cause confusion as to the true origin of the shooting.

Centinela Park (Ed Vincent Park) has become the site of homeless encampments that have increased over the holidays.

The city’s failure to monitor the parks has caused residents to be concerned with their safety, and rightfully so at a time when the Inglewood police force is shrinking.

The police department has announced the retirement of 8 supervisors between July and December 2020.  According to a former employee in the city’s Finance Department, grants awarded to the city in 2014, to hire additional police officers, was misspent and had to be returned.

This has led to an understaffed and overworked department, who has yet to have a finalized contract, as detailed on the December 18 council agenda showing contract negotiations were still ongoing.

Inglewood is home to a $5 billion football stadium, homes selling in excess of $900,000, however, the city’s parks have become dangerous for small things like an early morning workout on the refurbished walking track at Darby Park.

Residents began to express their outrage on Butts’ social media post, and in typical Mayor Butts fashion, he turned off the comments to ignore the residents concerns. 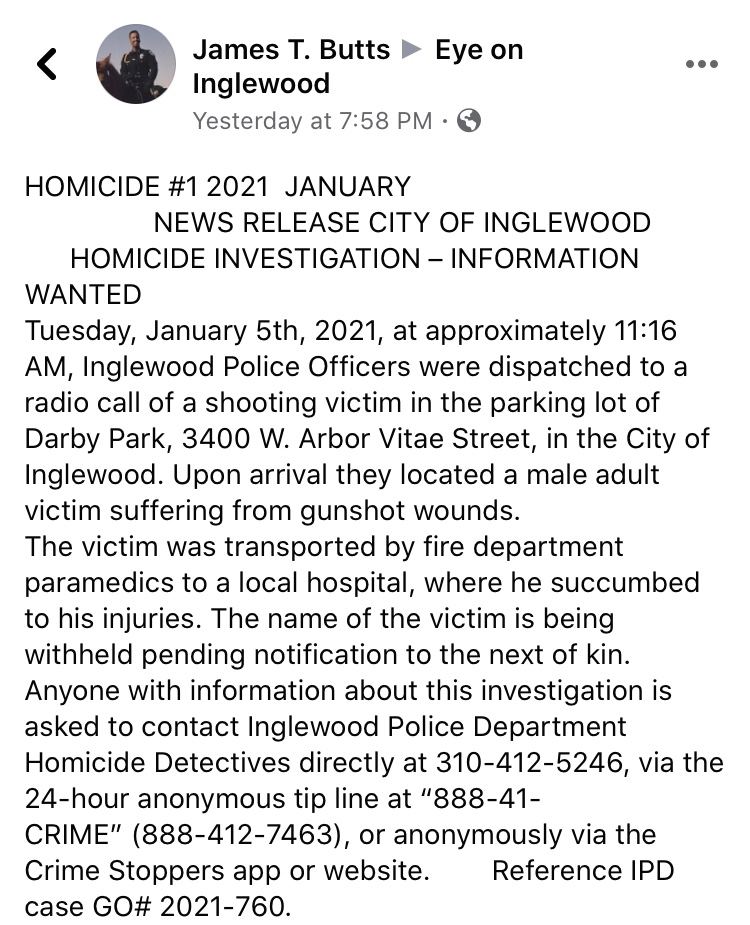 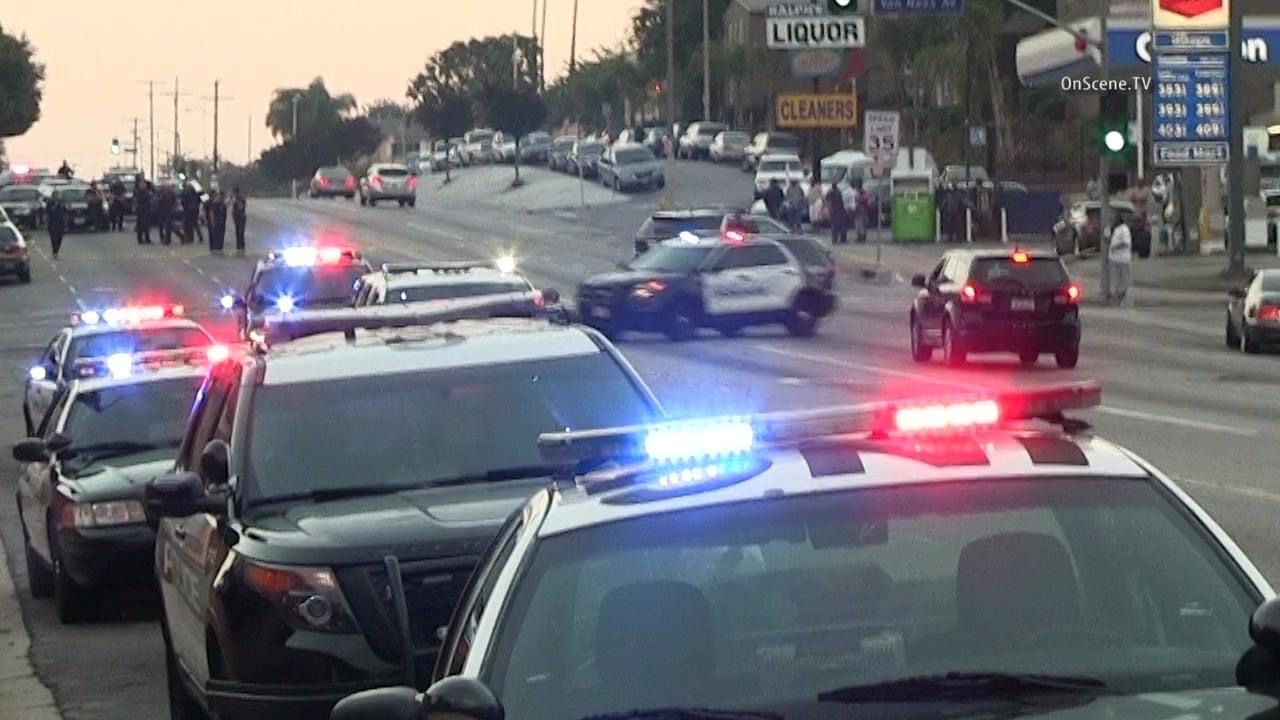 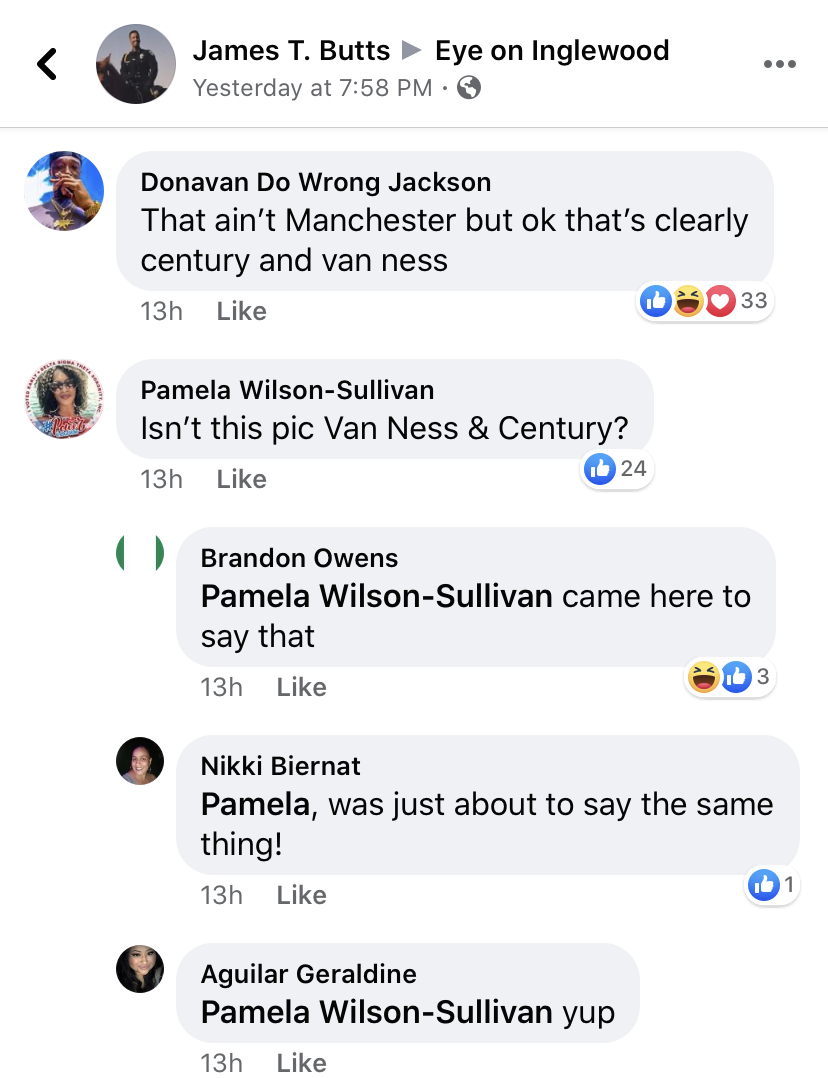 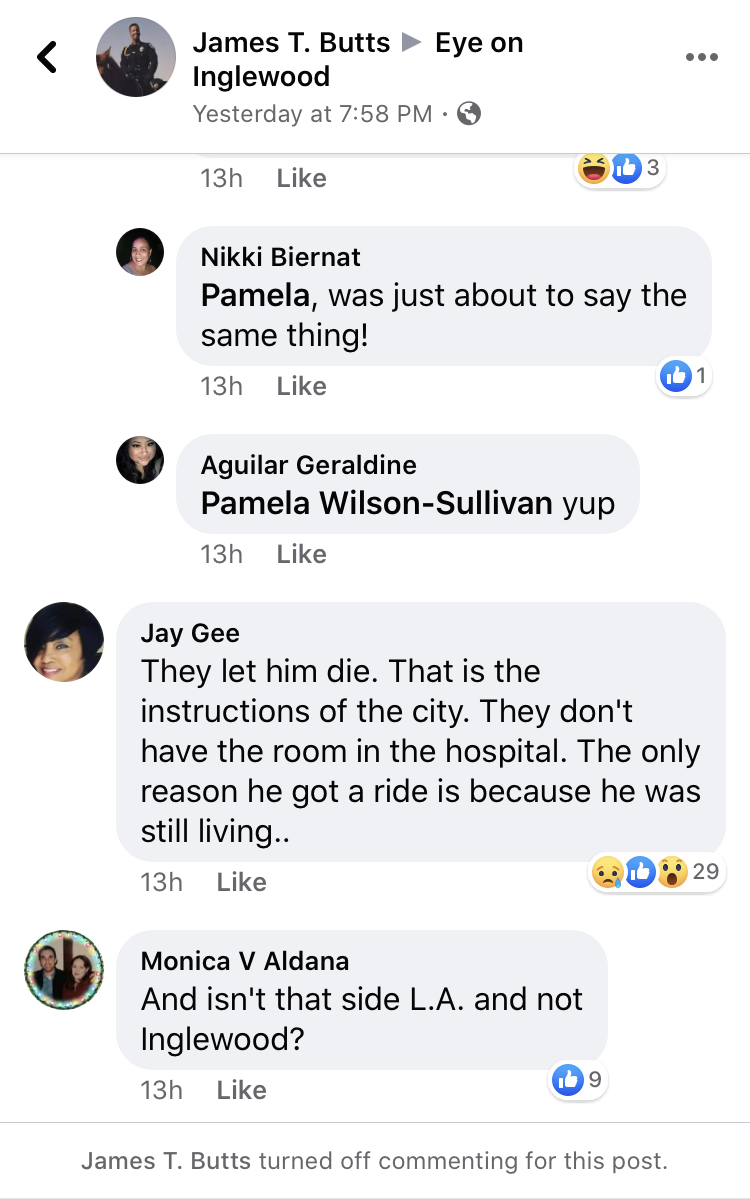 8 thoughts on “City of Inglewood parks are out of control” 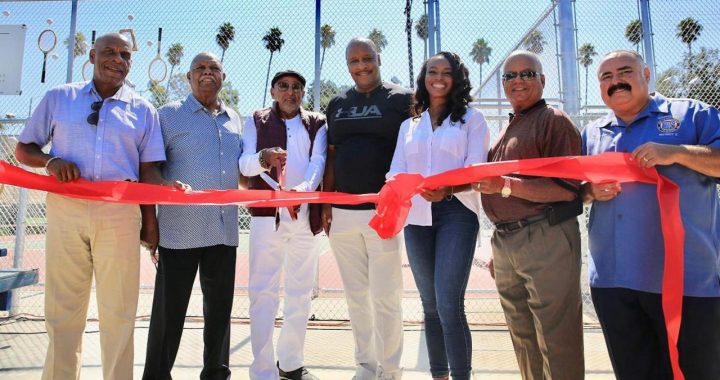 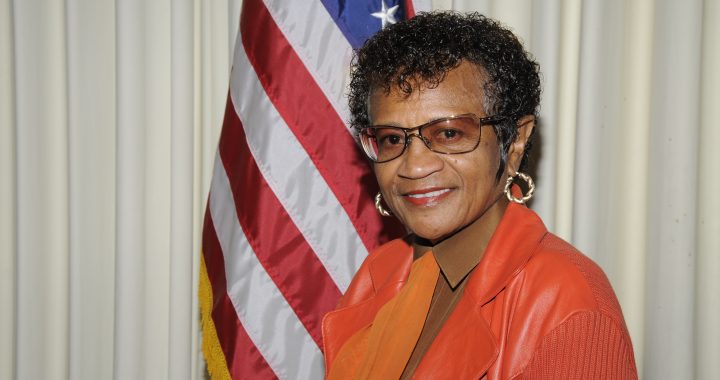 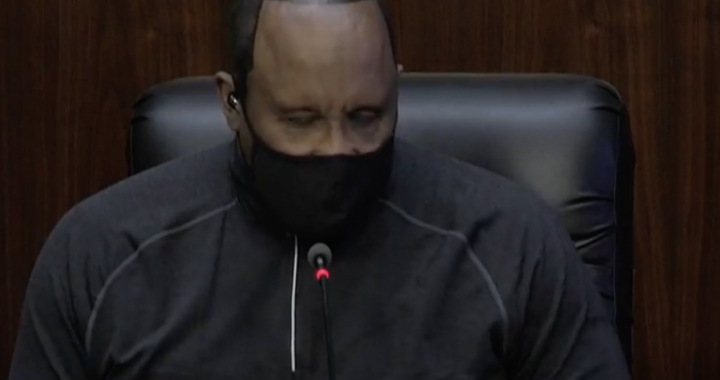 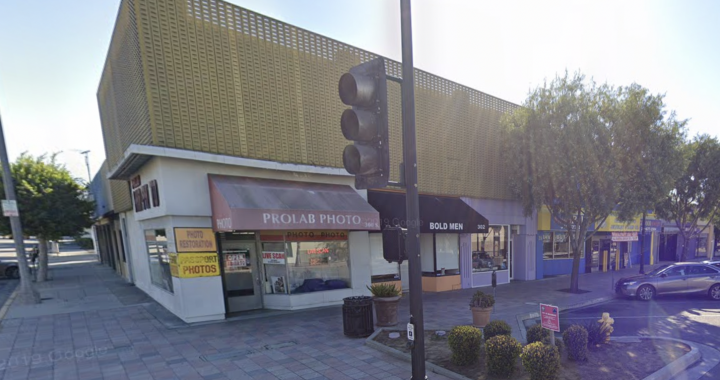 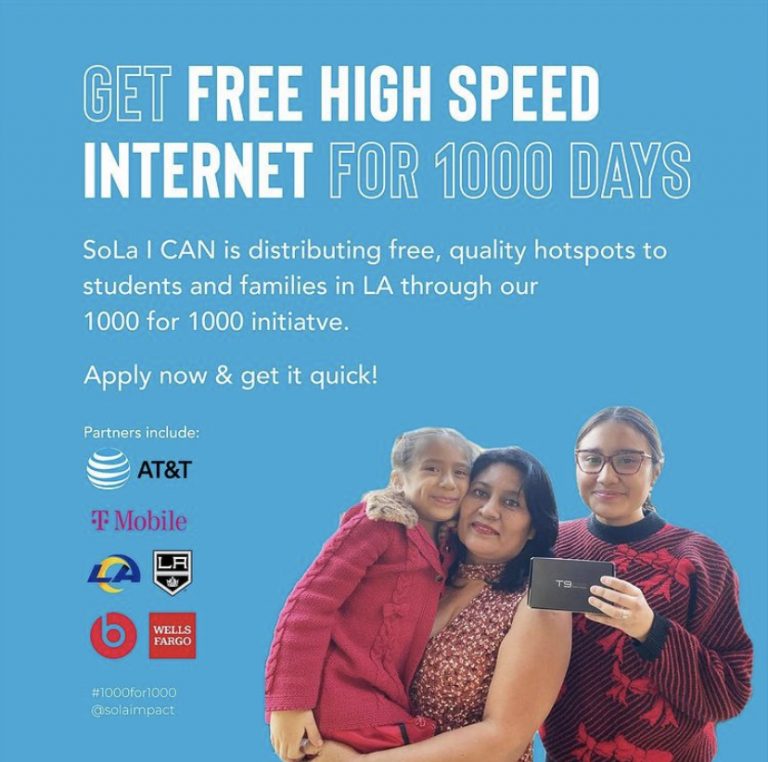 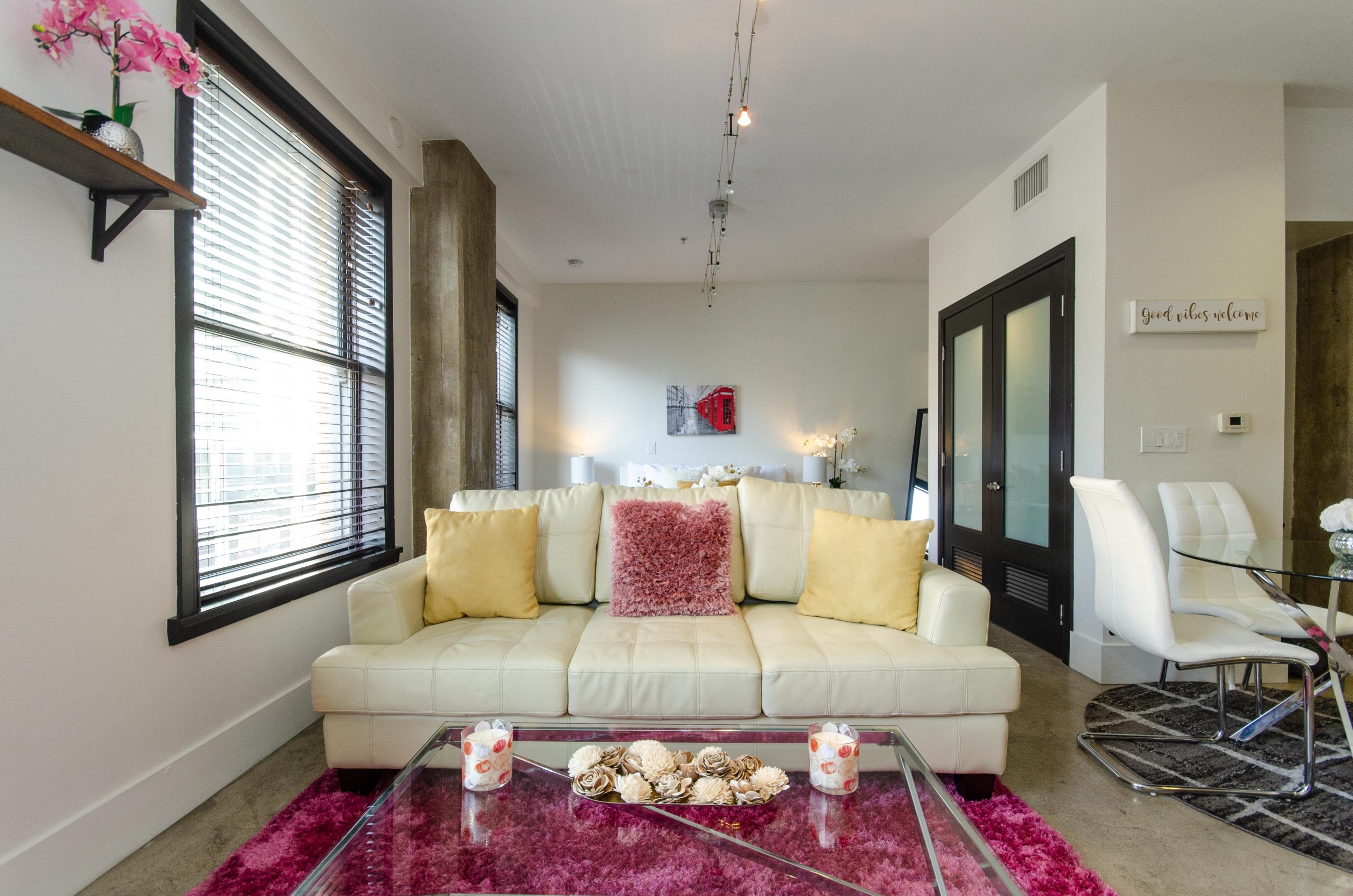 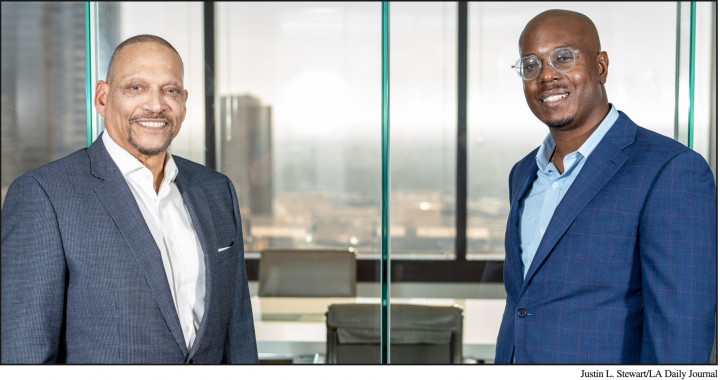 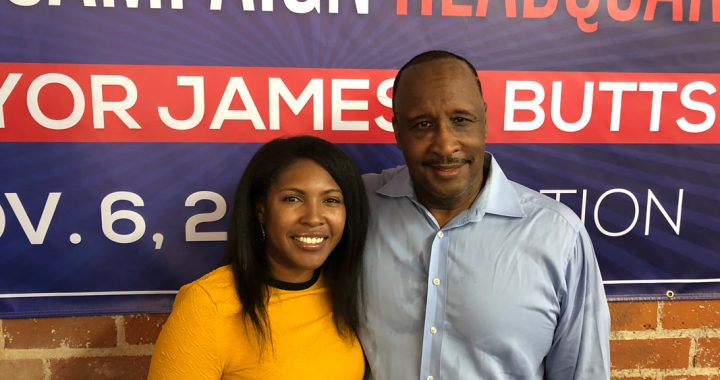